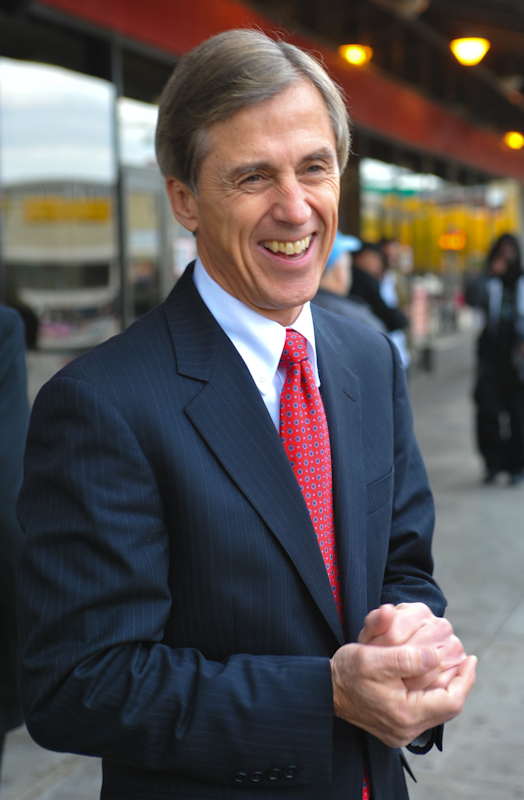 I spent all day Friday riding on Chris Daggetts campaign bus through Southern and Central New Jersey to document his campaign with pictures and video. The photos can be found here: http://www.flickr.com/photos/jaysbryant/sets/72157622580414431/

(Full disclosure: I was invited by the campaign and got 2 t-shirts, a side order of corn-beef hash, 2 pieces of tomato pie and a bag of pretzels)

I was impressed with:

Taking the time to listen and interact with the people he met during the day. Most politicians Ive been with just shake hands and move on.

The incredible support that he has from his wife and daughters out on the campaign trail with him all day long.

I was drawn to Daggett by the endorsement of the Newark Star Ledger which said:

The newspapers decision is less a rejection of Gov. Jon Corzine and Republican Chris Christie than a repudiation of the parties they represent, both of which have forfeited any claim to the trust and confidence of the people of New Jersey. They share responsibility for the states current plight.

And today the Star-Ledger added:

Indeed, its more critical function is to send those who govern in Trenton a clear signal that theyve gone badly wrong, that radical reform is needed.

A vote for Corzine or Christie wont do that. Only by sending Chris Daggett to Trenton will voters make it clear that the era of wretched excess and irresponsible spending in Trenton must end  now.

My final words are those that Chris Daggett tells everyone:

It is never wrong to vote for the right person.

Chris Daggett is my choice for the next Governor of New Jersey.